Scouting has a chance of occurring whenever a new room is entered or certain curios are activated, making nearby unexplored areas less risky to traverse. A high scouting chance can also cause parts of the map to be already scouted at the start of an expedition.

When scouting is triggered, nearby rooms and corridors on the dungeon map will be revealed, showing their contents. Depending on the successfulness of the scouting, one or two (in case of critical scouting success) nearby corridors may be scouted. Scouting will always depart from the current position towards unexplored directions. Scouting is also the only way of revealing secret rooms, which can be revealed only during critical scouting success.

By scouting ahead, it is possible to reveal incoming dangers in advance, giving the player a chance to reroute to avoid unnecessary risks or save on torches by skipping empty rooms and corridors. Scouted traps are an easy source of stress heal for heroes with good disarm chance and scouted battles will prevent the party from being surprised. 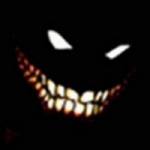